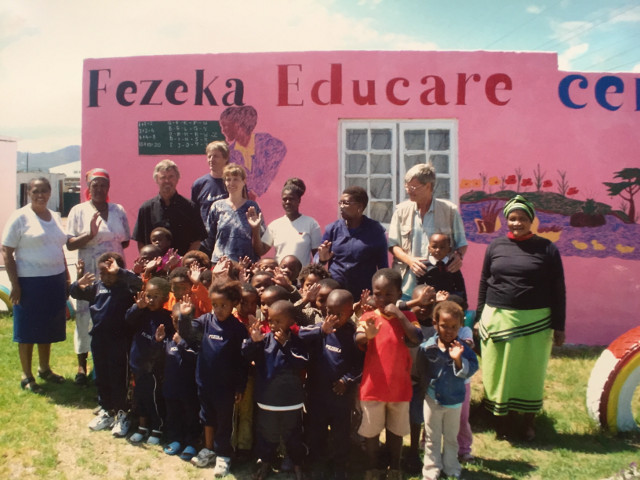 To house this kindergarten, we built four separate houses and planted a large vegetable garden. In 2012, a large part of the kindergarten was destroyed by arson. This was very tragic, because in this area of the ​​Helderberg, the people in the townships are particularly affected by poverty.
After considerable investment in the reconstruction, the kindergarten was destroyed twice more in the following years by arson and rebuilt with donations.
The burning down of the facility meant that more than 100 children could not be cared for during the day – with fateful consequences for their families. But the most important was its future and its rebuilding.
After consultation with the state Organisation Masincedane, in 2015 we decided not to support this kindergarten, since the facility management did not assure a new perspective.
Our involvement was between 2004 and 2015.