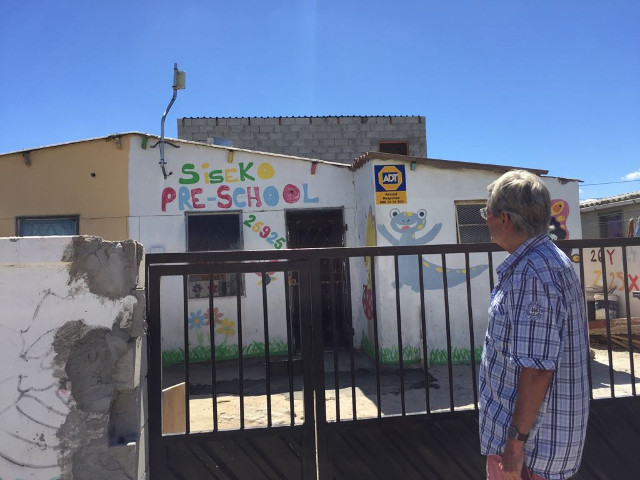 When we started working together in 2012, the Siseko Pre-School looked after around 70 children and was run by a very committed and charismatic kindergarten leader on his own property. To date, the kindergarten has unfortunately no official approval, therefore he cannot expect any financial support from the government. Through private donations we renewed the premises that were badly in need of it, as well as repairing the dilapidated roof, built a playground and invested in a kitchen and bathroom area. Due to the kindergarten leader experiencing personal difficulties in his area, we have currently suspended our support.
Involvement between 2012 and 2017.