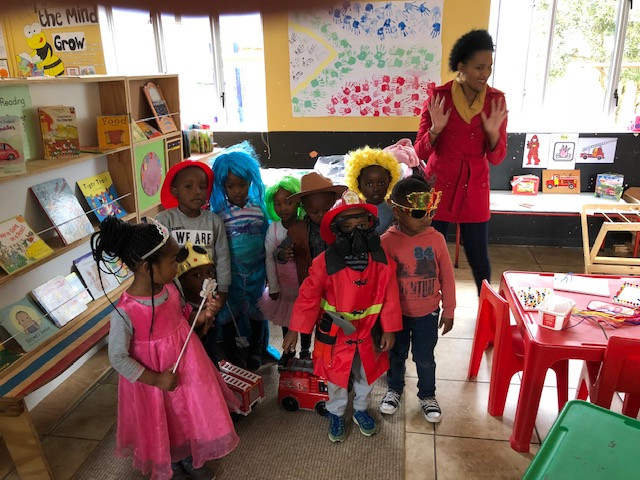 The Playway Pre-Primary School, as a kindergarten with official approval, is financially supported by the government. The building belongs to the municipality, it fortunately has enough classrooms, hygiene facilities, a large playground and a playground.
In order not to lose the approval, a new legal requirement had to be fulfilled, which stipulates that the kitchen be separated from the other rooms by the construction of an additional wall with a door. The kindergarten was not able to raise the necessary financial resources by itself, thus its licence was threatened. In 2017, we took over these costs for the necessary conversion work. In 2018, we also invested in a new artificial lawn and a covered terrace. Since the Playway Pre-Primary School is located on the same property as the Masikhule , the kindergarten teachers have excellent support from its playground and learning materials.
Involvement since 2016.