My voluntary experience in South Africa 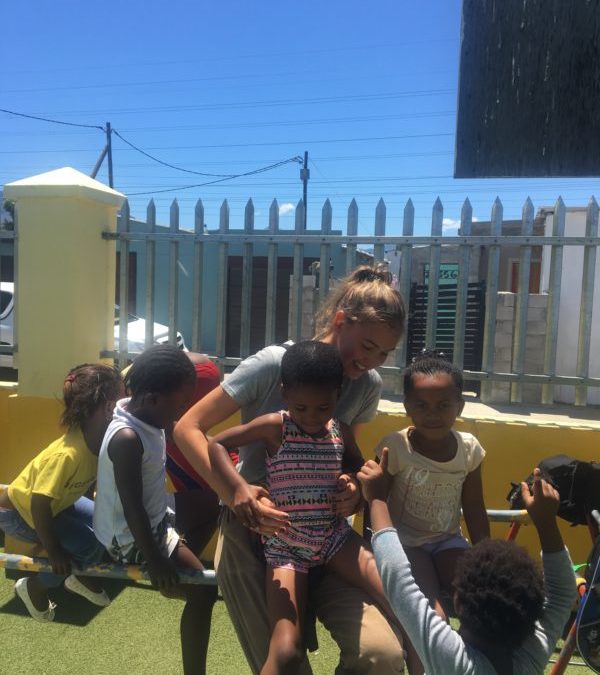 For a really long time now, it has always been my dream to travel to South Africa after I finish school. In september 2019 this dream became reality when I flew to Cape Town, to stay for seven months. It was very important for me to stay this long, because I really wanted to get to know the country and the people. The best way to do so was trough my volunteer work in Asanda Village.

Bernd and Britta placed me in a Pre-Primary school called Sikuthale. Its quite a big school with about 120 children from the age of three to six. In total they have four classrooms and also a hidden babyroom. The school in South Africa starts beginning of the year, so when I arrived, they had three months left until summer break. Thats why I started in pre-grade R. The kids are four to five years old hence we didn´t really do a lot of school stuff. The activities were more focused on creativity and developing motoric skills. When I arrived in the morning at around 8 o´clock, they were usually sitting in a circle and their teacher started with english or maths. Afterwards they had snack time, and then they either did some cutting, drawing or finger painting. At around 12 o´clock they went outside to play and then they had lunch. Unfortunately the teacher just quit her job and didn´t tell anyone, so after being in the school for a month, I had my own class. But luckily the principal always helped me out,  because the kids don´t really speak english. Their mother languge is Xhosa.

The first three weeks were a bit hard for me, because they handle things in a different way and and also the interaction with the children. But with the time I got used to it and I understood how things worked out. I got to know the children better and better. Even tough we dindt´t understand eachother, I developed a friendship with the kids. I have never really seen myself as their teacher, more as a friend. That was also the reason I decided to stay in Sikuthale for the wohle time I´m in South Africa. I really had the best time there so I was extremly happy to see my class again after the summer break. I got to admit that it can sometimes be very exhausting, but all in all it´s an experience which I´ll never forget. The new school year started in January. The children went to Grade R and so did I. Abegail is one oft two Grade R teachers and she´s such a good teacher. I absolutely loved staying with her. She let me teach a lot and we got along extremely well. It was so hard to say goodbye because we spent a lot of time together and had I had a lot of fun. I learned so much in those six months I was at Sikuthale. Volunteering in a Township Kindergarten really was the best decision and I´m thankful that Bernd and Britta made that possible.

The apartment I stayed in is in Strand and owned by Patricia. She is also the one who drives us to the projects. Most of the time we were around 10 people in the flat which was quite cool. We would always do something together or in little groups. I went on the Garden Route with two friends I met in the flat for example.  There are plently of activities in and around Cape Town so we never got bored. The food markets are amazing but also the landscape, which offers a lot of outdoor activities for example hiking, mountain biking and of course surfing. Stellenbosch is really nice for wine tasting and there are only students because of the university, which gives the city a very cool vibe.

I can say that I really got to know the country and the people living there. Not only because of working in a Township, but also because of South Africans I met during my stay. That´s how I got to know the two sides oft he country. There is such a big gap between poor and rich and I´m glad I didn´t only see one side. We usually went to Cape Town or Stellenbosch on the weekends and it sometimes felt like a different country. Most of the tourists only see one side, but South Africa is so much more than that.